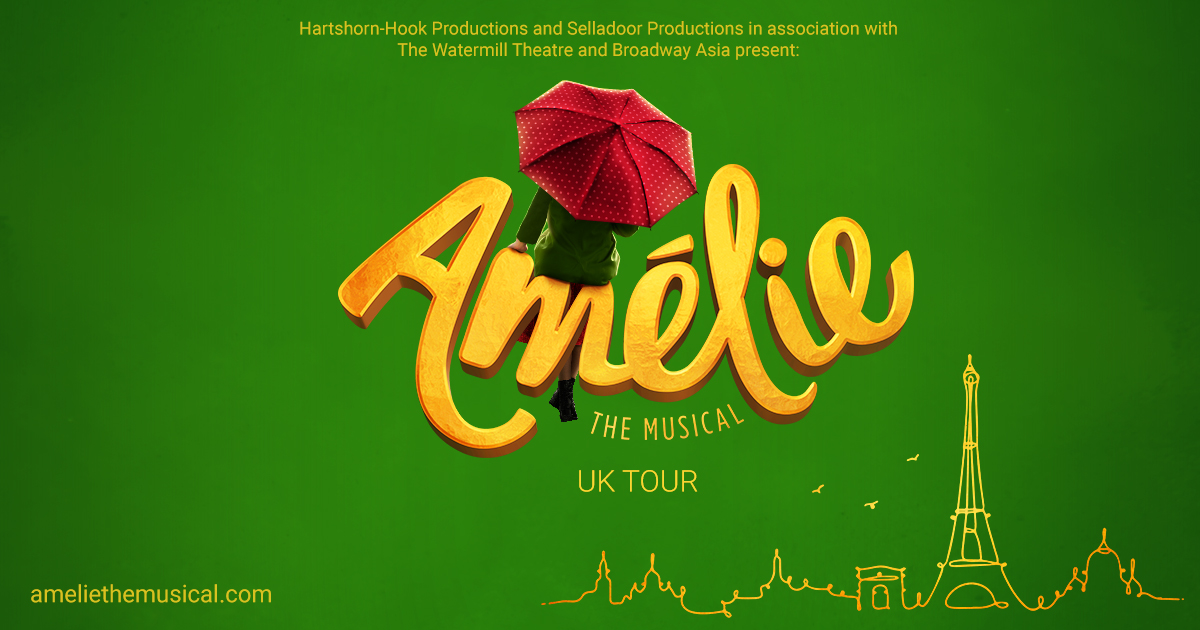 Why death is my metaphor: Therapy sessions series

I was invited to attend the press night at Manchester Opera House with my lovely friend Holly and obviously jumped at the chance to see the re imagining of the multi award winning movie on stage.

I love a good piece of musical theatre. It’s in my blood and I love being in the moment where reality is completely suspended.

This was definitely the case whilst watching Amélie last night at the Opera House.

If Gods were trees, cognac would be the sap.

The opening scene begins with the tale of Amélie’s childhood, how she was home schooled and kept away from other children. This sets the tone for the fact that she lived inside her own head and came up with crazy imaginings. The musical then goes on to focus on the days when her life changes forever [and it just happens to be following the death of Princess Diana in Paris], beginning with a discovery of an old box which is then returned to its rightful owner, to helping a blind man ‘see’, to finally falling in love. 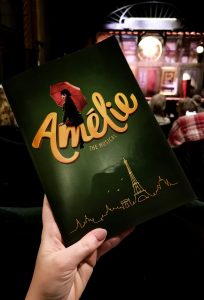 At its centre, Amélie is a story about love and self discovery

A story about small acts of kindness that can turn into life changing moments. I found it really emotive.

I found myself chuckling away, to laughing out loud to holding back tears and trying to swallow the lump of emotion in my throat.

There were some brilliant one liners taken from it and also some really fantastical scenes, from the suicidal goldfish to [my favourite] when Elton John made one hilarious appearance.

Whimsical, witty and crazy at times [think man sized garden gnome prancing around on stage], it was a glorious piece of theatre!

They were excellent. I was trained to be a triple threat [fell in the dancing threat though!], the cast were all quadruple threats! Not only could they sing, dance and act, but they could play instruments. In fact, there was no formal orchestra in this production – the orchestra was the  ensemble cast! They used bags as drums, held cellos and danced – Amélie’s mother and father were almost defined by their cellos.

Audrey Brisson as Amélie was a delight. She had the most amazing singing range and her movements around the stage were interesting and awkward – but that was the character!

Danny Mac as Nico was a revelation – what a voice that man has!

The set was a masterpiece

With a simple movement of certain pieces of furniture, the set became the Parisian Metro, the cafe where Amélie worked, the marketplace, all looked over by her rooms situated behind the clock face. 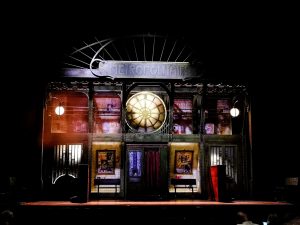 The set cleverly made use of the pieces so that they were multi functional – the piano became the vegetable seller’s stand, another became the window to a sex shop.

The production was beautiful, the cast were talented & managed to portray the story of Amélie superbly. I was incredibly impressed. 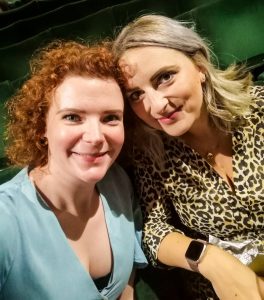 Go and see it if you can – I would highly recommend it. You’ll leave the theatre wanting to visit Paris!

As for me, I’m going to spotify the musical soundtrack and listen to it repeatedly!

Amélie has been adapted for stage by Daniel Messé, Nathan Tysen and Craig Lucas, and is directed by Michael Fentiman & is on in Manchester until 10th August. Visit the musical’s website for more information and venues.

The tickets were gifted by Manchester Opera House, I was under no obligation to write a blog post and all opinions are my own.