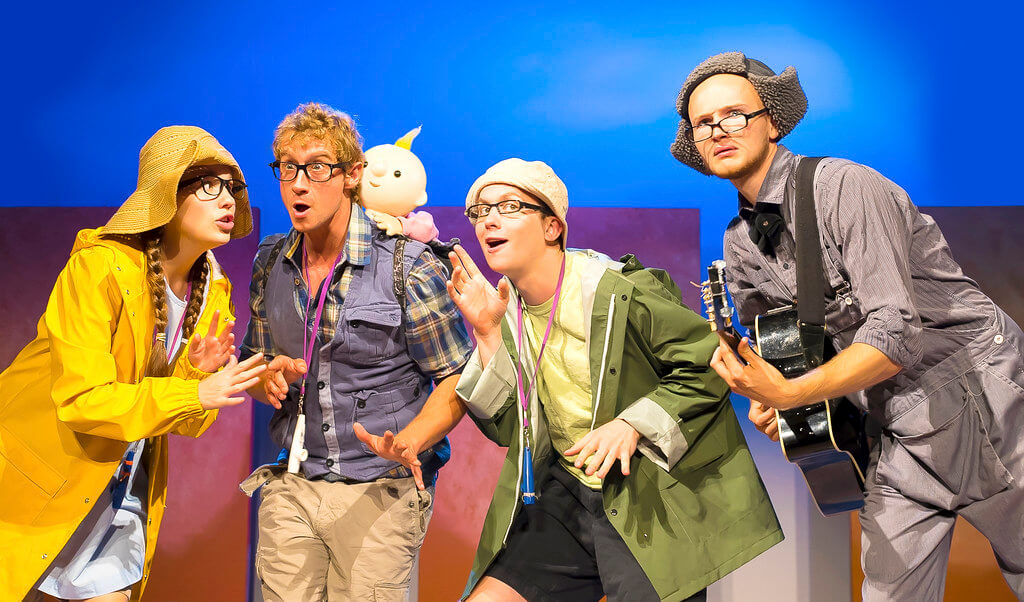 We were kindly invited to attend the press event of “We’re going on a bear hunt” by the lovely people at The Lowry and it was all kinds of wonderful!

We’re going on a bear hunt
We’re going to catch a big one
What a beautiful day!
We’re not scared!

I had no idea what to expect from the production. We are massive fans of the book by Michael Rosen and Helen Oxenbury and at one time it was THE story that was reached for every bedtime. We were entranced by the animated short of it a couple of Christmases ago on television. The rhyme was one of the first things that both of my kids could recite from memory, such was our love and repetition of the book.

We’re going on a Bear Hunt

We were introduced to the family of intrepid explorers after they walked through the audience. There was Dad giving Baby a piggyback, the brother and sister and then Buddy the dog. They burst into singing the “Bear Hunt song”, Buddy was playing the guitar and I was transported into their world. 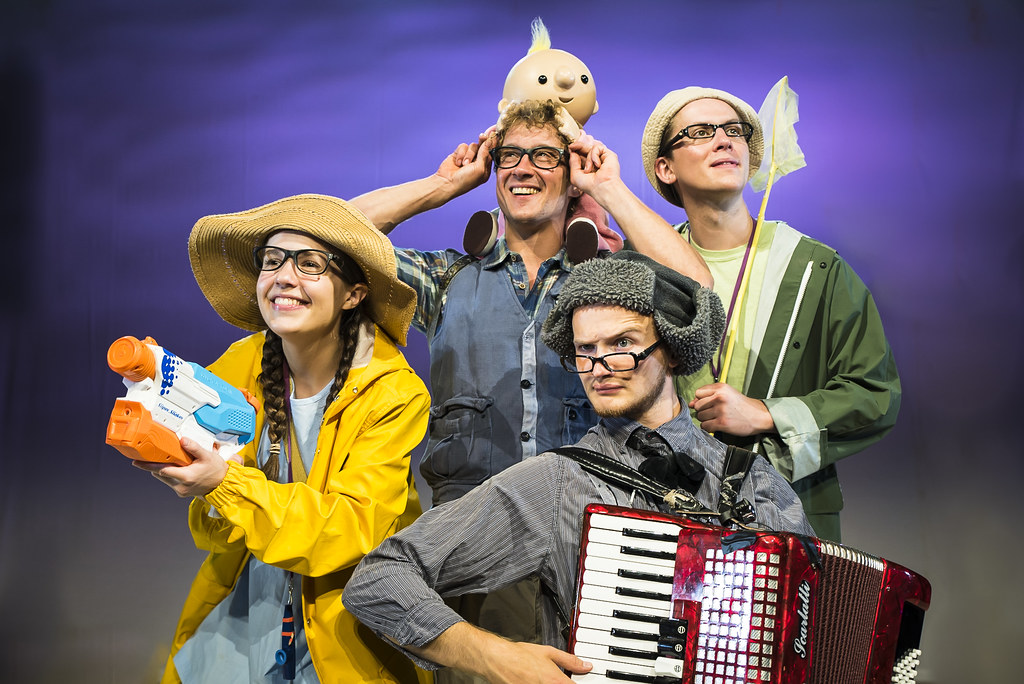 We were taken through the swishy swashy grass [there was a song for that] where we got hayfever. We learned that Dad couldn’t swim and therefore it was a very precarious river crossing. The kids in the audience were delighted when the family started to play with brown paint and smear it all over each other’s faces in the thick oozy mud section!

The props used for each scene were genius. There were buckets of water to indicate the river and ribbon dances used to show the swirling, whirling snowstorm.

It was like a scene from Queen’s Bohemian Rhapsody when the family finally got to the deep dark cave. Torches were used to light their faces and the audience were on tenterhooks.

It felt like we were the sixth member of the Bear Hunt group. I was taken on the journey with the actors, through the swishy swashy grass, through the thick oozy mud, through the swirling whirling snowstorm and into the cave until we met THE BEAR!

I would have loved the bear to have been a bit scarier but then it is a children’s theatre piece. The bear was a life sized teddy bear, which is what the whole story is really about – using imagination!

The cast were excellent! They interacted with the audience [be prepared to get a bit wet], had lovely singing voices and Buddy the dog in particular was absolutely fantastic! What a talented guy too – he was the one creating all the music that the cast sang along to and he also provided lots of laughter from the audience for his canine portrayal!

If you can get to Salford then I would highly recommend We’re Going on a Bear Hunt. It’s clever, enchanting and really fun! It’s on until the 3rd of September so there’s a few weeks left to catch this delightful re imagining of a classic children’s book.

The tickets were gifted by The Lowry in exchange for social media exposure. This blog post was not requested but I was so impressed by the production that I wanted to share my opinion. As always, all opinions are my own. Press images are used with permission from The Lowry.

If you liked reading this review, then why not read my recent review of Amelie playing at the Manchester Opera House.

I love collaborating with The Lowry – HERE is one of the first things I did last year with them and Bloodwise.